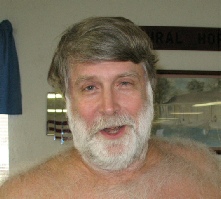 le focus of most nudists is on the enjoyment and freedom that come from nude recreation and a clothing-free lifestyle. However, your right to enjoy nude recreation is presently under vigorous attack, and your freedom to remain a nudist is at great risk from those who are opposed to nudity.

Some of the current opposition to nudity in the US. comes from those who view it as evil in the context of adult entertainment establishments and sexually-oriented businesses.  Nude recreation is neither of those things, whether it be skinny-dipping at the beach or nude volleyball at a resort. But many of those who are most vocal in their attacks are opposed to all forms of nudity, and they oppose it on moral, ethical and often, religious grounds, giving them great fervor in their fight to remove your nude freedoms.  Entire organizations, many of them well funded, exist with the avowed purpose of wiping out nudity, including nude recreation, both on public lands and in private nudist clubs and resorts.

The AANR-SW Governmental Affairs Committee was established as an ad hoc advisory in 1993, and became a standing committee of the regional organization in 1995. It exists to coordinate and implement AANR-SW's legislative and legal efforts in matters involving laws, potential laws and legal cases affecting social nudity.

The AANR-SW Governmental Affairs Committee works closely with the Government Affairs Team of the American Association for Nude Recreation and with the Naturist Action Committee.